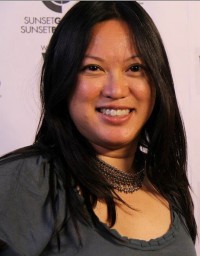 Ruby Lopez started her career as a Stage Manager for various productions in NYC and New Jersey before turning to producing for Film, Television, Video games and Web content.

In 2006, Ruby joined Nena Media, Inc as a Producer for their Interactive Game division. She was a Producer & Game Designer on the PC game Barbie iDesign Ultimate Stylist and the Associate Producer for Nintendo Gameboy: Cheetah Girls and Barbie Diaries High School. Ruby worked to create and launch the Nintendo Wii & DS franchise All Star Cheer Squad 1 & 2 and the iPhone app Clueless Matchup Madness for Paramount Studios. For Digital Playspace Inc., Ruby is a Producer on their Facebook game called Dreamhouse Designer that launched in 2010 and their online social game site Digital Dollhouse that launched in 2008.

In addition, to producing several TV series, pilots and films Ruby is an ongoing Creative Consultant for the Barbie direct to video animated films and webisode series Barbie Life in the Dreamshouse for Mattel, Inc. She is a Producer for the feature film animated documentary The Fantastic Flights of Sophie Blanchard. In 2013, she Associate Produce a 9 episode web series called Inside Beautiful which hit #1 on iTunes when launched

In 2003, Ruby joined Snowfall Films and became the VP of Development and Production. She was the Co-Producer for Candy Stripers for WindChill Films, Inc., a genre division of Snowfall Films which sold to Screen Gems for U.S. DVD distribution.

Ruby’s television credits include Associate Producer on the comedy series Even Stevens starring Shia Labeouf and Christy Carlson Romano for the Disney Channel/Brookwell McNamara Entertainment, Inc. She has served as Associate Producer for Atlas Media Corp on such shows as American Eats and History Lost and Found on the History Channel; Exotic Islands on the Travel Channel; the syndicated reality series Out Of This World and its spin-off Amazing People as well as several pilots including That’s So Raven starring Raven Symone for the Disney Channel/ Brookwell McNamara Entertainment Inc..

As part of the Women In Film PSA Program, she has produced two award winning PSA’s for the national charity “Free Arts for Abused Children” and “National Organization for Fetal Alcohol Syndrome.