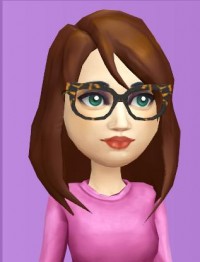 Nancy Berman has been writing since she was eight years old. She has contributed to more than 30 computer and video games, at least 20 role-playing game sourcebooks, a number of magazines and anthology articles, and has co-written four novellas. Her work in the interactive media industry since the early 1990s includes several stints at Disney, as well as work at Saban Entertainment, Vivendi, Nickelodeon Virtual Worlds Group and Quicksilver Software. Her most recent project involved development of a new interactive toy line for Disney Consumer Products.

Her personal writing interests include magical realism, creation of names and alternate histories, and poetry. Favorite authors include Louisa May Alcott, Jane Austen and Jacqueline Carey. Nancy is also interested in genealogy, culinary history and China’s Tang Dynasty. In addition to writing, she is also an editor for both creative and technical work.

She has a B.A. in English, with a minor in Latin. Nancy is an avid MMORPG player with a confessed addiction to Match-3 games. Despite being a fourth-generation Californian, she is a devoted fan of the Boston Red Sox and New England Patriots.

Last week I lucky enough to be asked to do a workshop on the connection between Play, Tech and story at the 2015 Sandbox Summit.  This event generally takes place on the east coast with MIT as the educational partner.  … END_OF_DOCUMENT_TOKEN_TO_BE_REPLACED

I've been doing some research on next generation virtual reality games and started looking at what is being created with brands-especially ones that might prove interesting to girls.  Big mistake...."vr" and "girl" … END_OF_DOCUMENT_TOKEN_TO_BE_REPLACED

Girls love pink and boys like blue. Right? Is it biology or culture? In the early 20th century, an industry magazine wrote that "pink is for the boys ... being a more decided and stronger color. Delicate blue was for … END_OF_DOCUMENT_TOKEN_TO_BE_REPLACED