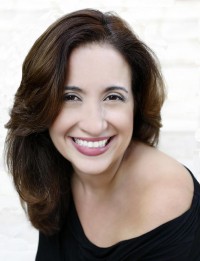 Jesyca Durchin, founder of Nena Media and Digital Playspace, has been an entertainment professional since 1991.  As a script  consultant, she  worked for major studios and spent two years working with Tim Burton Productions on such projects as “Nightmare Before Christmas”.  In 1994, she entered the entertainment software field and produced the CD-ROM title Eco East Africa winner of the Four Star Award of Excellence from Home PC Magazine.

Eco East Africa started a journey looking at software and games that appealed to girls and women.  This novel idea led Jesyca to become an early team member at Mattel Media, where she produced many of the hugely successful Barbie Software titles. Barbie Fashion Designer, her first title, became the fastest selling children’s CD-ROM title in 1996 and was included in the Smithsonian Institution’s Permanent Research Collection in 1998.

Jesyca left Mattel in January of 2000 to form Nena Media.  Her clients include Mattel Entertainment, Walt Disney Imagineering, THQ, Majesco, Wildbrain and Paramount Digital.   She has produced seven of the highly successful Barbie DVD animated movies. Her first film “Barbie in the Nutcracker” won Best Animated Video at the DVD Premier Awards. The collective video sales and merchandising based on the films have grossed over one billion dollars for Mattel.

In 2007 Jesyca founded Digitalplayspace, a company dedicated to the creation of social online games  Their first offering,www.digitaldollhouse.com has over half a million registered members. Their second project  Dreamhouse Designer https://apps.facebook.com/dreamhousedesigner/ is live on Facebook and is often referred to as a “gameified version of Pinterest.” Digitalplayspace was sold to 3D Systems-the leader in 3D printer technologies in early 2014.

Jesyca Durchin has a degree from Loyola Marymount University and the spelling of her name is not her doing.

Last week I lucky enough to be asked to do a workshop on the connection between Play, Tech and story at the 2015 Sandbox Summit.  This event generally takes place on the east coast with MIT as the educational partner.  … END_OF_DOCUMENT_TOKEN_TO_BE_REPLACED

I've been doing some research on next generation virtual reality games and started looking at what is being created with brands-especially ones that might prove interesting to girls.  Big mistake...."vr" and "girl" … END_OF_DOCUMENT_TOKEN_TO_BE_REPLACED

Girls love pink and boys like blue. Right? Is it biology or culture? In the early 20th century, an industry magazine wrote that "pink is for the boys ... being a more decided and stronger color. Delicate blue was for … END_OF_DOCUMENT_TOKEN_TO_BE_REPLACED