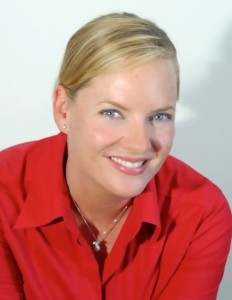 Stephanie Striegel is a 20-year veteran in film and television development and production.  Stephanie has a deep understanding of story development across multiple platforms and is currently working with Nena Media to support quality assurance and international casting for the Barbie projects.

Stephanie began her career working on the first wave of reality shows in the 1990’s (what was the name of Peter’s show.) She moved  into film production at Tim Burton’s production company during the filming of ED WOOD and THE NIGHTMARE BEFORE CHRISTMAS. In (date?) Stephanie joined TriStar Pictures, where she served as executive assistant to Stacey Snider (now CEO of DreamWorks). Projects included JERRY MAGUIRE, MY BEST FRIEND’S WEDDING, JUMANJI and LEGENDS OF THE FALL. A year later she was offered a position at New Line Cinema working in Development for Lynn Harris, under Michael De Luca and later Toby Emmerich. She worked on BOOGIE NIGHTS, LIVING OUT LOUD, BLOW, and BLADE. While Story Editor, she also served as Executive Producer on the award-winning boxing film PRICE OF GLORY, starring Jimmy Smits.

Stephanie began independently producing and joined You’re Faded Films, veteran actor Dennis Farina’s (GET SHORTY, MIDNIGHT RUN,SNATCH) production company. She brought in and produced the Chicago-based feature THE LAST RITES OF JOE MAY, which premiered to critical acclaim at the Tribeca Film Festival and was bought by Tribeca Films. She also sold the television series DIVISION 19 to E1 Entertainment.